What Happens When Cannabis Stolen in Colorado is Taken Across State Lines to Nebraska?

Our Omaha drug charges lawyer blog often talks about how Colorado’s laws are impacting Nebraska. Arrests are up and the costs of enforcement have skyrocketed. The state is so overwhelmed with the influx of marijuana that it has gone so far as to try to sue Colorado for legalizing it; a case that, so far, has fallen on deaf ears. After all, Colorado has been given the green light by the feds to operate as it sees fit and their voters approved the new legislation. The fallout of these conflicting laws is something that attorney Daniel Stockmann manages every day, as he works to secure freedom for his clients, who most often have come from Colorado and are simply passing through Nebraska on their way to other states. On an individual level, these stories are heart wrenching by themselves, but a whole new level of conflict is emerging due to these dueling laws, and this time, it’s the law-abiding citizens of Colorado who are feeling the burn of Nebraska’s harsh laws.

Near the end of the year, Michael Roberts of Westword covered the story of a legal Colorado medical marijuana grower who was brutally assaulted and robbed. The crime happened in Colorado, but the suspects fled to Nebraska with the stolen goods.

Colorado growing laws are fairly lax, permitting an individual to have as many as six plants at a time for recreational use. Medical marijuana is handled much differently and, historically, some Colorado doctors have recommended that their patients keep in excess of 75 plants at a time. In this particular case, the victim had roughly 20 plants, several pounds of marijuana, and an entire seed bank with samples from around the world. As many people in Colorado are now doing, the victim was actively creating his own strains and, by his own account, had several one-of-a-kind plants. All the victim’s seeds, plants, and prepared marijuana were taken, as well as several firearms and some personal effects.

The Victim was Victimized Twice-Over; By the Assailants and By Nebraska

The suspects were caught shortly after they entered Nebraska and all the stolen goods were confiscated by local authorities. Under normal circumstances, stolen goods are eventually returned to their rightful owners, though they may be held until a trial is complete. The catch is that the stolen goods in this situation include what Nebraska considers to be an illegal substance, in which case, would, therefore, be ordered destroyed by the judge after the trial ends. Law enforcement has assured the victim that his weapons will be returned, but have made no promises regarding the marijuana and seeds.

“Justice” May Never Be Served

Traditional criminal law cases often involve restitution, in which someone who has been determined to be guilty must pay back his victim for his losses. Restitution is court-ordered, as part of the criminal process, but the victim must be able to prove what his losses are, and a judge then decides how much the victim should get. Per this victim’s interview with Westword, he could not supply receipts to show the value of his grow operation.

As a second source of recompense, victims can also sue in civil court. Given that the two assailants who have been sentenced received 20 and 27 years in prison, chances of ever collecting on a civil suit, should one ever be brought forth, are fairly slim. In other words, the victim will likely never receive reimbursement by the men who assaulted and robbed him. Moreover, the state of Nebraska, which could have prevented the losses in the first place, has policies that prohibit it from doing so. He has simply lost everything.

Unfortunately, the present laws, as well as conflicts between the laws of different states, are clearly creating more victims and further victimizing those who have already been harmed. The only thing that can correct this is legislative changes. In the meantime, those involved in any type of substance-related charges in Nebraska need to seek out quality legal representation to not only fight for their freedom, but to fight for fair and ethical treatment. If you or someone you love is dealing with a similar matter, call Omaha drug charges lawyer Daniel Stockmann at (844) 906-0641 for a free consultation right away. 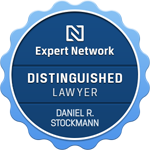